Many transactional lawyers across the country were asked to handle closings of the Episcopal Church while those properties were in dispute, beginning in 2006 when Anglicans left the fold and sought title to church properties. The resulting litigation brought global attention and wound its way through the courts, until the Supreme Court ended the controversy in March of 2014 by declining to take up an appeal by the last remaining plaintiff. We had a dramatic case of our own in South Carolina involving All Saints Parish, Waccamaw in Georgetown County.* And I understand from talking to some lawyers in Myrtle Beach this week, that at least one of these cases is pending in lower court in South Carolina.

When handling church transactions in South Carolina, the first step is to determine the church’s form of governance. South Carolina has cases on point* which discuss two general forms of religious organization. The congregational church is an independent organization, governed solely within itself, either by a majority of members or by another local organism. The hierarchical church is organized as a body with other churches having similar faith and doctrine with a common ruling convocation or ecclesiastical head. The Baptist churches of my youth are congregational churches. The Methodist churches of my adult life are hierarchical.

Sales and mortgages of church properties must be properly authorized. A congregational church authorizes its own transactions, following its own formalities. The level of formality varies greatly. Some churches are incorporated and governed like a business corporation. The closing attorney will typically request a resolution passed in a business meeting, held pursuant to the bylaws of the corporation, authorizing the transaction and designating the appropriate church officers to sign the documents. Congregational churches may have other governing organizations. The closing attorney should pay careful attention to the governing documents and obtain written authorization.

If an independent church has no documented form of government, the closing attorney should assume the entire congregation must act. The typical title insurance 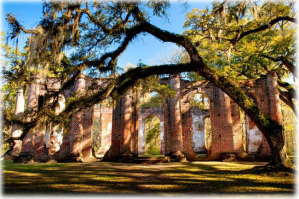 commitment will require a resolution by the congregation passed at a special meeting convened after reasonable notice from the pulpit, authorizing the sale or mortgage. The documents will typically be signed by the trustees and the pastor pursuant to the resolution.

A transaction involving a hierarchical church will require written authorization from the ruling convocation. The United Methodist church must receive consent from the District Superintendent and the Conference.

Title insurance companies are familiar with most churches and will be able to assist in these transactions.

*I’ll be glad to e-mail the citations to anyone who asks.