And … Bank of America makes a big announcement.

Lenders will not collaborate on a standard and consistent process for closings under the new CFPB rules effective August 1, 2015, at least not according to Wells Fargo.

Wells Fargo’s December 10, 2014 Settlement Agent Communication answered nine FAQs from settlement agents, the first of which sought confirmation on whether to expect standard closing procedures from lenders. Wells responded with a “no,” and stated that each lender is accountable and must determine its own method for achieving compliance.

This mega lender had announced on September 24 that it will control the generation and delivery of the buyer/borrower Closing Disclosure (“CD”), the form that will replace the HUD-1 Settlement Statement. The stated rationale was that the new CD is governed by the Truth-in-Lending Act (“TILA”), not the Real Estate Settlement Procedures Act (RESPA), and the risks and penalties for lenders are more severe under TILA.

Bank of America announced on December 17 that it will follow suit by generating and delivering the buyer/borrower CD.  Both banks have indicated settlement agents will generate the seller’s CD. Other lenders have not announced whether they will follow this procedure. It is entirely possible that settlement agents (closing attorneys in South Carolina) will prepare the CDs for other lenders.

The December 10 memo did state that Wells will work closely with settlement agents to determine fees, prorations, and other content required for the CD and, importantly, Wells will not assume the responsibility for disbursing loans. This quote from the Communication provides some comfort with regard to Wells’ attitude about keeping local settlement agents involved in the closing process:

“The settlement agent is critical and continues to be responsible for executing the closing including document signing, notarization, disbursement of funds, document recordation and delivery of final documents post-closing.”

Also comforting was the promise of training plans for settlement agents in collaboration with American Land Title Association, title underwriters and other service providers. The plans are said to include many educational communications and an information guide.

Bank of America stated that it will use Closing Insight™, an industry tool developed by Real EC Technologies®. All documents, date and information will be exchanged through Closing Insight™, discontinuing the use of e-mail, fax and other document delivery methods.

Bank of America also indicated that the requirement for the buyer/borrower to receive the CD three business days prior to closing will intensify the need for the bank to work very closely with the settlement agent to schedule the details of the closing. 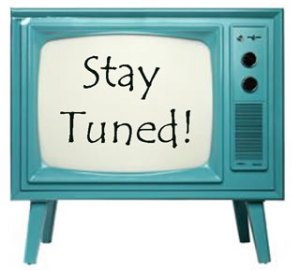 For more information about Real EC ® Technologies and Closing Insight™, Bank of America invited settlement agents to visit their website at www.bkfs.com/realec.  The December 17 memo indicated that many title and escrow production systems are working with RealEC® Technologies to enhance current integrations in support of Closing Insight™. The bank suggested that settlement agents reach out to their title and escrow production system provider directly.

What do a hurricane, a tornado and a redneck divorce have in common?
Somebody’s fixin’ to lose a mobile home! 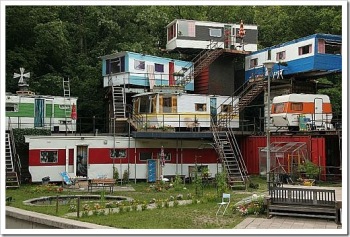 That joke may be attributable to Jeff Foxworthy, Lewis Grizzard or some other Southern comedian.  Regardless, a large number of South Carolinians lost mobile homes during the economic downturn, most often as a result of foreclosures rather than the disasters in the joke. Foreclosures uncover title issues that lead to title insurance policy claims. Because our office continues to see mobile home claims on almost a weekly basis, this reminder might be in order for residential real estate practitioners.

When sales and mortgages of real estate including mobile homes are closed, titles to the mobile homes should be retired, and ALTA 7 series endorsements should be issued.

If a title examination reveals a recorded Manufactured Home Affidavit for Retirement of Title Certificate, it is advisable to request from the Department of Motor Vehicles a letter confirming that the title has been placed on the DMV’s list of retired vehicles.

If no Manufactured Home Affidavit has been filed locally, then follow our statutory process to retire the title. The Affidavit requires the owner to:

Surrendering the certificate of title to the DMV requires:

When the title is retired, it is safe to issue an ALTA 7 series endorsement. Your title company will appreciate compliance with these guidelines.

And here’s a practice tip. Our former boss, Nancy Booco, always said, “If it looks like a mobile home, it probably is one.”

An employee falls prey to a phishing scheme causing her computer to contract a virus that allows an unscrupulous third party access to her user name and password and allows the third party to mimic the computer’s IP address and other characteristics. The thief instructs the bank to wire $440,000 to a bank in Cypress, beyond the reach of U.S. authorities.

This story gives me cold chills and is the true account of Choice Escrow and Land Title, LLC v. BancorpSouth Bank, an Eight Circuit Court of Appeals case from June of 2014.

The victim of the scheme was a Missouri real estate escrow service company, a company that handles real estate closings. That company sued the bank but lost because it had not followed the bank’s security measures.

Choice Escrow had declined dual control twice mainly because of the inconvenience of it and the fact that an employee may need to wire funds when only one person is in the office.

This case is an example of a failure to comply with Pillar 2 of ATLA’s Best Practices which requires appropriate and effective escrow controls and staff training in order to safeguard client funds. As South Carolina attorneys, we already have the duty to protect client funds. Don’t let your office fall prey to this kind of scheme by failing to follow security measures in the interest of convenience.

I am the treasurer of a non-profit organization that has too few employees for normal safeguards. For that reason, the bank statements are mailed to my house, and I am a second signatory for checks. My point? Safeguards can be accomplished even in very small offices.

The CFPB and Best Practices are going to require these safeguards. Implement them now!