Mike Goodwin, the “Bow Tie Comedian” based here in Columbia,

entertained us during lunch at our recent Chicago Title seminar. A joke that bubbled up through his very funny presentation was a line his mother used to keep him on the straight and narrow during his childhood, “what you NOT gonna do is…..”

While some of us believe America is about to be made great again, some of us might like to borrow Mike’s line to deliver a Bah! Humbug! message to Congress:  What you NOT gonna do is to eliminate, or effectively reduce the effectiveness of, the mortgage interest deduction. Many homebuilders, lenders and real estate agents (and South Carolina dirt lawyers) believe that’s one thing we don’t need 2017.

The mortgage interest deduction is a major driver of the housing market. One reason American dreamers strive for home ownership is to take advantage of this tax break. That, along with the property tax deduction, the points deduction, the PMI deduction and the home office deduction, make owning a home a wise move from a tax standpoint. Eliminating or reducing the effectiveness of the home interest deduction, which many consider as American as apple pie, might put a damper on the improved economy we have been experiencing in 2016.

But that approach is definitely going to be under consideration by Congress, and players in the housing industry are preparing to defend the deduction. The plan under consideration involves not a direct elimination of the deduction, but an indirect attack via an increase of the standardized deductions, now at $6,300 for a single taxpayer and $12,600 for married taxpayers filing jointly. By doubling these standard deductions, many taxpayers would have no need to take the mortgage interest deduction.

The mortgage interest deduction is the largest deduction currently available to homeowners, allowing a write-off of interest from up to a $500,000 loan for a single taxpayer and up to a $1 million loan for joint filers. The deduction is especially important during the early years of a mortgage when the majority of payments are applied to interest rather than principal.

If a single taxpayer pays mortgage interest of $8,000 in the first of home ownership, for example, that amount exceeds the current standard deduction of $6,300, and that taxpayer would itemize to claim a better tax break. If the standardized deduction is doubled, itemization is much less likely.

President-Elect Trump’s nominee for Secretary of the Treasury, Steven Mnuchin, has stated that the administration is planning to create the largest tax change since Reagan. Simplifying the tax code is one of the stated objectives, and a larger standard deduction is one method of simplification. In addition to the mortgage interest deduction, the charitable deduction would be affected in a similar manner.  Some say that as the standard deduction goes up, the incentive to give is reduced.

Any step that would reduce incentives for homeownership would likely encourage renting rather than buying. Home values might suffer, and the housing industry might suffer as well.

All Americans are interested in the changes that are about to happen, and those of us in the housing industry may be more interested than most! I have already seen prognosticators reducing their optimism about 2017, but I just got off the phone with a local wise man. He said that I should relax. 2017 is going to be a banner year, he said, because America is going to be great again. I hope he’s right!

Wells Fargo circulated a new Settlement Agent Communication on December 15, addressing several points that may be of interest to South Carolina closing attorneys.

The memo also contained a brief RESPA update indicating that despite the July 11 ruling against the CFPB by the D.C. Circuit Court of Appeals in the PHH Corp. v. CFPB case, Wells will continue to adhere to the 2015 bulletin distributed by the CFPB indicating Marketing Service Agreements are in disfavor. 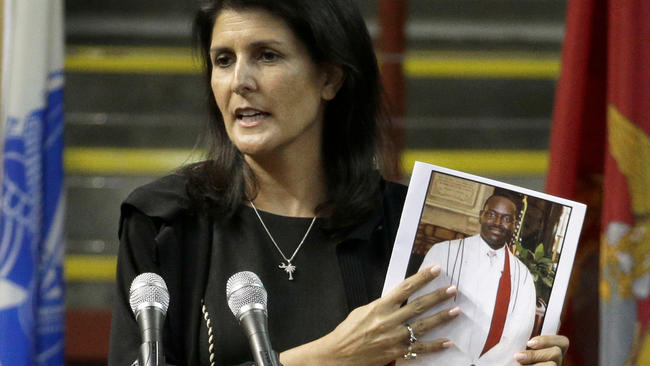 All title insurance agents must be fingerprinted for their next license renewals! The Department of Insurance has passed a new rule, effective January 1, 2017, requiring fingerprinting for all resident producers.

The DOI published a bulletin which you can read here. South Carolina Law Enforcement Division has established a contract with IdentoGo by MorphoTrust to handle the fingerprinting process. All title insurance agents will need to go to this company’s website, www.IdentoGo.com, to set up an appointment to be fingerprinted. Your zip code will be used to find the most convenient location.

It is important that you do not wait until the month your license renews to begin this process. The bulletin advises that scheduling and processing may take up to ninety days. The cost for fingerprinting is $50.50.

Every lawyer’s first question is going to be, can’t they use my fingerprints from my Bar application?  The answer, we have been told verbally, is absolutely not. The DOI is emphatic that it will not accept fingerprinting from any other agency nor any other vendor. Every lawyer’s second question is going to be, does this apply to my staff members who are licensed agents?  It does.

Nonresident producers are not required to be fingerprinted.

Good luck!  Call your title insurance company if you have questions or need assistance.

In a sign that the average cost of houses is increasing across the country, the conforming loan limit for loans to be purchased by Fannie Mae and Freddie Mac will increase in 2017 for the first time in ten years.

The Federal Housing Finance Agency has announced the maximum conforming loan in most parts of the country (including South Carolina) will increase from $417,000 to $424,100. Stated another way, a borrower will not have to qualify for a “jumbo loan” unless the amount to be borrowed exceeds $424,100.

This change should help qualified buyers, particularly in our coastal areas where home prices are higher, obtain mortgages backed by Fannie Mae and Freddie Mac, even though credit remains tight and interest rates are likely to increase.

This is the time of the year when all of us involved in the housing industry are charged with looking into the proverbial crystal ball and projecting how we think the real estate market for the new year will compare with the current year.  For what it’s worth (and this and $5 will buy you a cup of coffee at Starbucks), I’m projecting around a 3 percent increase for next year in South Carolina. Let me know what your crystal ball is disclosing!