This one has an interesting twist.

U.S. Bank Home Mortgage (USBHM) recently announced that it, like other large lenders, will prepare and deliver the Closing Disclosure and any necessary revisions to the consumer once the TRID rules become effective on October 3. Settlement agents (closing attorneys in South Carolina) will be responsible for the seller’s Closing Disclosure.

Here’s the twist: USBHM stated that it will only require TRID documents for loans subject to TRID, which would include most closed-end consumer credit transactions secured by real estate, for applications taken on or after October 3. Then it stated, “One exception to this is that USBHM will require TRID disclosures for properties that are title vested in an LLC.”

On its face, this statement would mean that commercial loans involving properties vested in LLCs would be subject to the new Loan Estimate and Closing Disclosure forms. Since the name of this lender is U.S. Bank Home Mortgage, we can only assume this announcement means USBHM will consider any loan secured by residential property vested in a limited liability company to be a consumer loan. As an example, loan on a rental house (an investment property) titled in an LLC, would be subject to TRID rules, according to this lender. The announcement did not make a distinction between single- and multi-member LLCs.

The announcement indicated that USBHM will use various methods of delivery for the Loan Estimate and Closing Disclosure, including regular mail, electronic delivery and tracking through eLynx. (A quick look at eLynx’ website indicates this company provides a network for paperless document collaboration and distribution throughout the financial industry.) 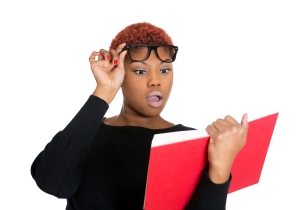 Locally, we have been speculating that loan documents for various lenders will arrive ten minutes prior to closing despite the three-day rule for the Closing Disclosure. This announcement gives that speculation some credence. There is no requirement of early delivery of the closing documents to the closing attorney.

Locally, we have also been speculating that making changes to the closing figures will be difficult, particularly if the closing takes place outside of normal banking hours. This announcement provides some help by indicating that USBHM will have staff available for after-hours closings provided it has notice that a borrower will be signing outside normal business hours.