One piece of real estate that fascinates most Carolinians is the picturesque Biltmore Estate in Asheville surrounded by the natural beauty of the Appalachian Mountains. According to articles in Law360*, a trial is scheduled for February 24 in the U.S. Tax Court that may determine whether the property continues to be privately owned and operated or whether portions of the real estate must be sold to developers to pay taxes.

The estate consists of 8,000 acres, 75 acres of formal gardens, and the largest privately owned house in the United States. The 255-room mansion was built between 1889 and 1895, in the Gilded Age, by George Washington Vanderbilt. Mr. Vanderbilt intended for the estate to be self-supporting, so he established a forestry program, poultry farms, cattle farms, hog farms, a dairy and a furniture business. 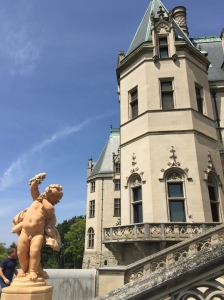 George Vanderbilt had one child, Cornelia, who married British diplomat John Francis Amherst Cecil. Mr. and Mrs. Cecil worked with the City of Asheville to open the estate to the public in 1930 to spur tourism in the area during the Depression and to generate revenue to support the estate. The Cecil family turned the aging estate into a thriving tourist attraction, now including an inn, a farm, restaurants, gift shops and a winery, among other money-making ventures.

Most national treasures are operated by governmental agencies. According to the Law360 articles, the Cecils believe The Biltmore should be given special consideration because it operates as a business venture causing no drain on federal or state governments.

At issue now is a stock gift to the Cecils’ five grandchildren reported on 2010 tax returns at $20.88 million. The IRS claims the stock is worth $95 million. The family believes the stock should be valued as minority interests in a going concern.  But the IRS argues that the asset value is worth more than the value of the going concern, so a liquidation value should be used.

Lovers of this historic landmark will need to follow this story to determine whether the preferred destination of more than a million visitors per year will remain available as a vacation destination.

(The Estate’s website is the source for many of the facts in this blog.)

One thought on “Will Biltmore Estate’s Owners Get Their Fairytale Ending When IRS Is Done With Them?”