Two agents, one in Texas, and one in NY, allegedly involved 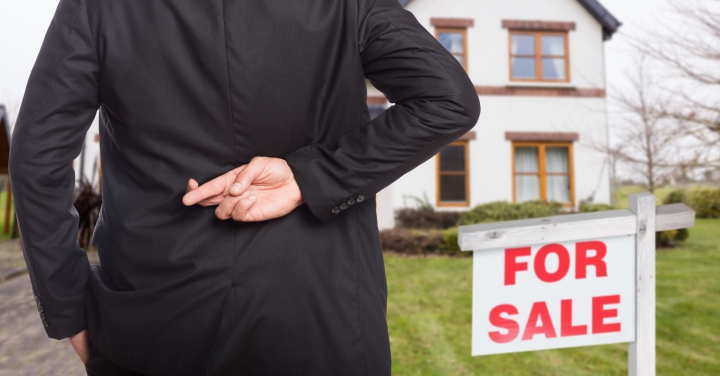 The first story is set in Missouri City, Texas, and was originally reported by the television station, KHOU 11 News. According to this story, police are investigating a woman purporting to be a real estate agent who approached John and Pamela Hall offering to sell their dream home located at the corner of Montego Bay and Palm Harbour. The Halls had already vacated the home, and the alleged real estate agent promised to sell the home quickly. Both homeowners signed the paperwork allowing the culprit to list their home.

Several days later, the Halls were called by someone interesting in renting their attractive waterfront home from a listing they saw on Craigslist. When the Halls investigated the Craigslist entry, they discovered that the alleged real estate agent had actually created fraudulent documents, including a power of attorney and a deed, to take title to their home in the name of an LLC. When the Halls drove by their property, they saw someone moving in! The new “tenant” reported that he had paid $5,000 up front to lease the home.

The television station attempted to find the real estate agent’s name in the records of The Texas Real Estate Commission, but no such agent was found. The culprit used different names in dealing with the Halls and the tenant, and, so far, has been successful in stealing $5,000. The scam has no doubt caused a great deal of inconvenience to the Halls, not to mention the potential expenditure of funds in the form of attorney’s fees necessary to straighten out the public records.

The second story took place in Hampton Bays, New York. Southhampton Town Police said they received two complaints in February involving an alleged real estate agent taking deposits for a rental home. The prospective tenants were told the home was not yet available when the respective move-in dates approached, and the home owners had no relationship with the real estate agent and never received rent. Additional victims came forward, and police arrested Melanie Williams, 54, in April, on three counts of fourth degree grand larceny and three counts of first degree scheme to defraud. Detectives say they believe there may be additional victims in this scheme.

The Russian proverb quoted by President Ronald Reagan seems to be good advice in any situation concerning a real estate agent, or any professional for that matter, who is not known personally. Tell your clients to trust but verify!