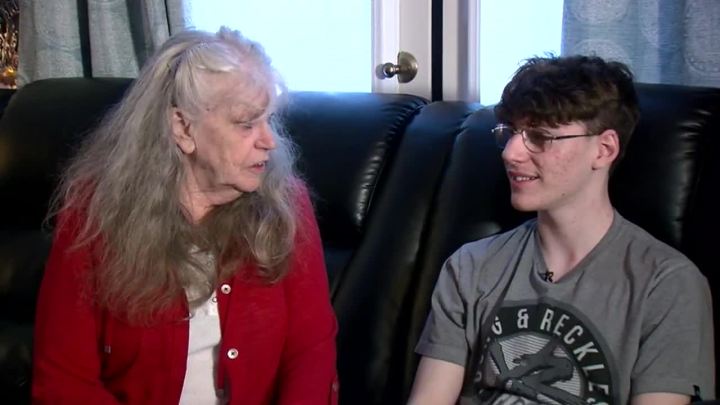 A fifteen year-old California lad lost both of his parents last year. Collin Claybaugh’s mother, Bonnie, died in the hospital from a long-term illness. And his father, Clay, took his own life two weeks later.

What do good able-bodied grandparents do in this situation besides grieve the loss of their children? They take in their grandson, of course. That’s what Randy and Melodie Passmore did. The Passmores are both in their 70’s and live on a small pension plus social security. They own their home in The Gardens at Willow Creek, a 55-plus community in Prescott, Arizona.

The age restriction apparently has a limited exception for residents who are 19 years of age and older. But a 15-year old boy is definitely not allowed by the rules.

The Passmores received a letter from the homeowners’ association advising them that Collin must move out. The letter said that the board must balance the interests of all parties involved, not just the Passmores. The HOA board said they are concerned that if they fail to enforce the age restriction, they could endanger the ability for the development to remain an age-restricted community.

The Passmores’ only alternative is to sell their home and move, which they believe will be difficult considering their age and financial position. They do not have funds to mount a legal battle.

My husband and I would love to downsize at this point in our lives, and we would be interested in living in a community where the exterior and grounds are maintained by someone else. But this story convinces me to stay clear of age-restricted communities.

How do you think this story would play out from a legal standpoint in South Carolina?