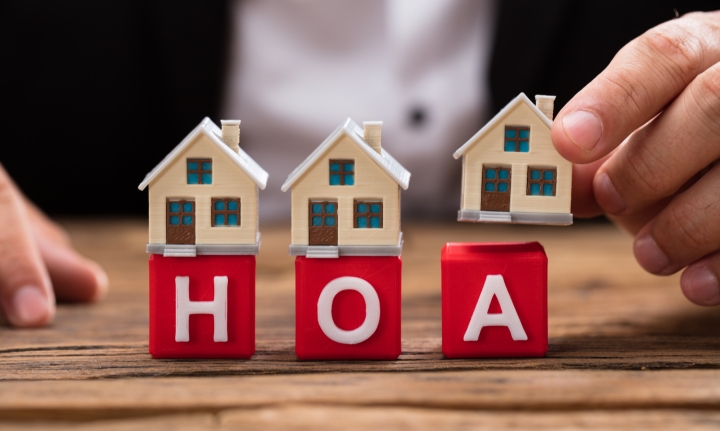 Living in a community with a homeowners’ association is not always for the faint of heart. My husband and I attended our very first (and what turned out to be our last) annual meeting when we bought a new property several years ago.

A kindly looking older gentleman raised his hand to ask what appeared to us to be an innocuous question, and the president immediately threatened to have him escorted from the meeting. There were audible gasps…two from the Mannings in attendance. There was never a public explanation of what had just happened, but there was a lot of post-meeting gossip and sniping.

We’ve learned a lot about the personalities of the other property owners since that meeting. One thing we know for sure is to never step between this kindly looking gentleman and his kindly looking female neighbor across the street. It’s not a safe place to be. We don’t even drive our golf cart down the street that separates their houses. (I’m kidding, but we do laugh about that meeting when we drive down that road.)

One lesson we learned for sure is that retired folks who formerly had high-powered jobs up north can be prickly when it comes to their properties. And they have lots of time on their hands to manage things.

We decided we would be good neighbors. We would pay our assessments on time, keep our property clean and up to neighborhood standards, join in clean-up efforts and generally be happy and friendly neighbors.

But we decided we would never actively participate in the governance of the owners’ association.

Some homeowners in a community in Phoenix, Arizona have probably decided on the same course of action. Apparently, board elections got heated in the Val Vista Lakes community, and the neighbors engaged in a heated debate on social media, specifically on the association’s Facebook page. The debate included topics concerning the qualifications of the individual candidates and how the association was spending money.

The administrator of the Facebook page has apparently been instructed to take down the negative comments. But, more drastically, the Val Vista Lakes owners’ association sent out a letter threatening to fine residents as much as $250 per day for posting negative comments on social media.

Some residents have claimed this action would result in censorship.

What do you think, lawyers? Would this fine be enforceable in South Carolina? Would we need to read the formative documents to determine whether the association has the power to levy this fine? Would any of us want to live in that community?