Males as well as females may change their names.

On January 1, this blog discussed a South Carolina Department of Revenue Ruling (14-9) that impacts some areas of the real estate practitioner’s world. This Revenue Ruling was issued following the United State Supreme Court 2014 decision, Obergefell v. Hodges, which made same-sex marriage legal in all fifty states.

The most significant changes to our practices from the Revenue Ruling include:

Now that dirt lawyers have had a chance to think about how same-sex marriage may otherwise impact our practices, some of us have come to the conclusion that title examiners should now take into consideration name changes for men as well as women. This change in practice may affect every title examination for individuals holding title since 2014.

Now consider the name Neil Patrick Harris. Not knowing whether Patrick is a middle name bestowed by parents at birth or a former surname, consider whether he should be checked by both Neil Patrick and Neil Harris.

Undoubtedly, this extra step will lead to many “false positives” with judgments, tax liens and other public record items. As always, the hits that are uncovered should be addressed by paying them at closing or eliminating them with the use of identifying information such as full names, addresses social security numbers, etc. And, when in doubt, get your title insurance underwriter to take the appropriate leap of faith with you.

Remember that buyers should be checked for judgments and tax liens because those matters will attach immediately when property is purchased. And also remember that purchase money mortgages will take priority over tax liens and judgments against buyers.

Unfortunately, it appears that searching titles isn’t getting any easier over time, despite the use of new and improved technology.  It’s public knowledge and common sense that Caitlyn Jenner should be searched as Bruce Jenner. But I have no advice about similar name changes in title examinations. It’s a brave new abstracting world! 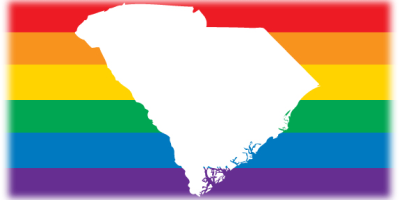 Revenue Ruling 14-9 has more impact for real estate practitioners. It states that same-sex couples who are legally married under any state law will now be treated as married and as “spouses” for all South Carolina tax purposes.

The recognition in South Carolina of same-sex marriages may allow a same-sex couple, or a same-sex spouse or surviving spouse, to be eligible for a refund of previously paid property taxes or deed recording fees if the same-sex couple was considered legally married under any state law for the period for which the refund is requested and the refund request is made within the applicable statutory time limitation.