The D.C. Circuit Court of Appeals upheld the constitutionality of the Consumer Financial Protection Bureau (CFPB) in a case decided last week. This decision reverses the October 11, 2016 holding of a three-judge panel which ruled unanimously that the structure of the CFPB allowed its director to wield too much power.

The highly publicized case began when PHH Corp. was ordered by former CFPB Director Richard Cordray to pay $109 million in restitution resulting from illegal kickbacks to mortgage insurers pursuant to Section 8 of RESPA. An administrative law judge had ordered a $6 million penalty at the trial level, but former Director Cordray apparently wanted to set an example and ordered the “ill-gotten gains” to be disgorged. The trial court had limited the violations to loans that closed on or after July 21, 2008. Director Cordray applied the fines retroactively.

PHH brought suit, arguing that the CFPB is unconstitutional because the Director has the sole authority to issue final decisions, rendering the CFPB’s structure to be in violation of the separation of powers doctrine. The petition stated, “Never before has so much power been consolidated in the hands of one individual, shielded from the President’s control and Congress’s power of the purse.” The petition argued that the Director is only removable for cause, distancing him from the power of the President, and that the agency is distanced from Congress’s power to refuse funding by allowing for funding directly from the Federal Reserve.

The lower Court agreed, writing, “Because the Director alone heads the agency without Presidential supervision, and in light of the CFPB’s broad authority over the U.S. economy, the Director enjoys significantly more unilateral power than any single member of any other independent agency.” The lower Court removed the restriction that the Director can only be removed for cause, giving the President the power to remove the Director at will. The lower Court also reversed former Director Cordray’s retroactive applicability of fines.

The Court of Appeals upheld the constitutionality of the CFPB, preserving the single-director leadership and the independence of the agency. The ruling indicates the President can only fire the Director for cause and allows the current five-year terms to remain in place. Five-year terms will, of course, mean that directors of the agency may remain in place after the termination of the term of the president who appointed him or her.

The CFPB is largely the brain child of the Democratic Party, and Acting Director Mulvaney has taken steps to rein in its power since he was appointed by President Trump. The Court of Appeals ruling was mostly decided on ideological lines. One Republican appointee joined the Democratic appointed judges in upholding the CFPB’s structure.

The Court did rule in favor of PHH by rejecting the large penalty imposed by former Director Cordray. The decision requires that the penalty be reviewed again by the CFPB.

The Housing Opportunity through Modernization Act (H.R. 3700) was signed into law by President Obama on July 29. This law will act to ease restrictions on mortgage financing for condominiums. The law reforms the process used by the Federal Housing Administration (FHA) to determine if condominium unit owners will be in a position to qualify for FHA insurance.

In 2009, FHA changed the rules for qualifying for insurance, leaving most condominium home buyers without the opportunity for FHA insured mortgages. The new law will result in some improvements for home buyers who view condominiums as an affordable housing option.

Under the new law, the FHA must issue guidance regarding the percentage of units that must be occupied by owners in order for the condominium project to be eligible for FHA mortgage insurance. The current requirement is 50 percent owner occupancy. In the event the FHA fails to issue guidance within ninety days of the effective date of the legislation, the required percentage for owner occupancy automatically becomes 35 percent. 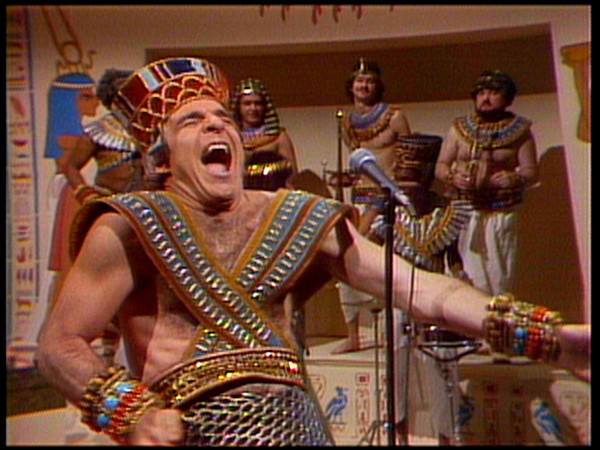 “Got a condo made of stone-a”

The new law amends the National Housing Act to modify certification requirements for condominium mortgage insurance to make recertifications of condominium projects substantially less burdensome than original certifications. The FHA is required to consider lengthening the time between certifications for approved properties and allowing information to be updated rather than resubmitted.

It will be interesting to see how the FHA implements the new law. Changes to FHA regulations and existing agency guidelines should be expected soon.

The National Association of Realtors has been a proponent of the new law and praised its passage in a press release as a victory for real estate agents and home buyers.

The expectation is that the new law will make home ownership for first-time buyers (and old King Tut in his “condo made of stone-a”) a little easier in the current economic environment.