Will this obligation migrate closer to home? 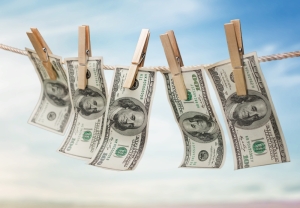 Secretly purchasing expensive residential real estate is evidently a popular way for criminals to launder dirty money. Setting up shell entities allows these criminals to hide their identities. When the real estate is later sold, the money has been miraculously cleaned.

The Federal government is seeking to stop this practice.

The Financial Crimes Enforcement Network (FinCEN) of the United States Department of the Treasury issued orders on January 13 that will require the four largest title insurance companies to identify the natural persons or “beneficial owners” behind the legal entities that purchase some expensive residential properties.

This is a temporary measure (effective March 1 to August 27) and is limited to at this point to the Borough of Manhattan in New York City, and Dade County, Florida, where Miami is located. In those two locations, the designated title insurance companies must disclose to the government the names of buyers who pay cash for properties over $1 million in Miami and over $3 million in Manhattan. FinCEN will require that the natural persons behind legal entities be reported if their ownership in the property is at least 25 percent.

FinCEN’s official mission is to safeguard the financial system of the United States from illicit use, to combat money laundering, and to promote national security through the collection, analysis and dissemination of financial intelligence.

These orders are a continuation of FinCEN’s focus on anti-money laundering protections for the real estate sector. Previously, the focus was only on transactions involving lending. The new orders expand that focus to include the complex gap of cash purchases.

FinCEN’s Director, Jennifer Shasky Calvery, was quoted in the agency’s press release: “We are seeking to understand the risk that corrupt foreign officials, or transnational criminals, may be using premium U.S. real estate to secretly invest millions in dirty money.”

American Land Title Association officials met with FinCEN to confirm the details of the orders. Michelle Korsmo, Executive Direction of ALTA, indicated that ALTA is supportive of the effort but is concerned that the program must be implemented in order to determine whether it will work. She said it will be difficult for a title insurance company to figure out a transaction involving a major drug kingpin who buys a mansion through a string of shell corporations all over the world.

This phase of the new program is being called temporary and exploratory, meaning that it may or may not work, and if it does work, it may or may not be expanded to other locations. (Query:  why won’t a money launderer who seeks to purchase residential real estate during the initial phase of this program, simply change locations to Chicago, Houston, San Francisco or Los Angeles?)

We have no way of knowing whether or when this program might be expanded to South Carolina, but it is entirely likely that expensive properties along our coast are being used in similar money laundering schemes. Will South Carolina closing attorneys enjoy ferreting out this sort of information for the Government? We will keep a close watch on what occurs in New York and Florida during the first 180 days of this program.