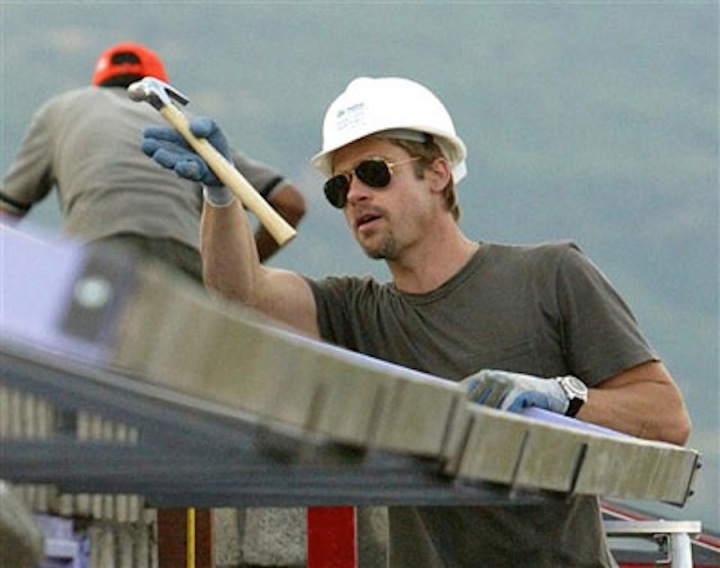 South Carolinians are no strangers to the extensive destruction caused by hurricanes and floods. Our friends in Conway, Nichols and surrounding areas are in the process of cleaning up from the most recent disaster that hit our state in October. And we look on with empathy as our friends in other parts of the world face similar disasters. I lived in Panama City, Florida during my middle and high school years, and the destruction my friends there are facing at this very moment as a result of Hurricane Michael is unimaginable.

It does not go unnoticed when a celebrity attempts to make a difference in the face of natural disasters. The Make it Right Foundation is a non-profit founded by actor Brad Pitt in 2007 to build environmental friendly homes in New Orleans’ Ninth Ward following the destruction caused by Hurricane Katrina.

The homes were intended to be storm-safe, certifiably green, energy efficient and affordable. The original goal was to build 150 homes in the area hit hardest by Katrina. The homes were available at prices around $150,000 to residents who received resettlement financing, government grants and donations from the foundation. Brad Pitt was apparently proud of the construction, calling the area an oasis of color and solar panels.

More than ten years and $26 million later, construction has stopped 40 houses shy of the goal because of alleged faulty construction including leaky roofs, faulty HVAC systems, sagging porches and rotting and mildewing wood. Residents have reported headaches and illnesses. A New Orleans attorney has brought a class action lawsuit against the foundation, alleging that the construction is substandard and the homes are deteriorating at a rapid pace.

Related claims have been filed by the foundation against the makers of an experimental wood product called TimberSIL which didn’t fare well in the hot and humid south Louisiana environment as well as architects who may be responsible for failure to property waterproof the structures. Insufficiently sloping roofs may be partially to blame.

The original suit was brought in Orleans Parish Civil District Court but has been removed recently to the United States District Court for the Eastern District of Louisiana.

Despite the good intentions of Brad Pitt and his foundation, it appears the lawsuits related to these Ninth Ward homes may linger for years.