On June 27, the South Carolina Supreme Court suspended a lawyer for eighteen months based on Securities and Exchange Commission (SEC) charges*. While this case has nothing to do with dirt law, I bring it to the attention of South Carolina lawyers because they often find themselves in the position of forming and representing limited liability companies (LLCs). 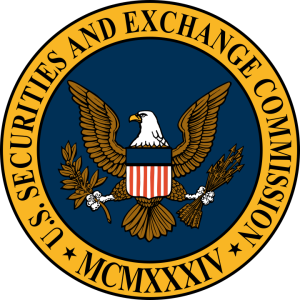 The South Carolina lawyer, John Kern, helped form and served as general counsel for Ventures Trust II LLC and Face-Off Acquisitions, LLC, two of the LLCs used in a fraudulent investment scheme perpetrated by Craig Berkman. Berkman fraudulently raised around $13.2 million from approximately 120 investors by selling memberships in the LLCs he controlled. Unfortunately for these investors, Berkman was subject to a $23 million judgment in Oregon, in connection with another fraudulent investment scheme, and was also facing bankruptcy in Florida. Berkman began to use some of the funds from his new ventures to pay his bankruptcy obligations in Florida, and the SEC got involved.

In 2014, Kern signed an offer of settlement and consented to an entry by the SEC of an order imposing sanctions against him. SEC findings included that (1) Kern willfully aided and abetted the fraudulent conduct of Berkman; (2) Kern was ordered to disgorge fees of around $235,000 and to pay a fine of $100,000; (3) Kern was barred from associating with brokers and investment advisors; and (4) Kern consented to being denied the privilege of practicing law before the SEC.

Kern’s primary defense in his South Carolina disciplinary proceedings was that he was totally unaware of Berkman’s malfeasance, and that as soon as he became aware, he resigned as general counsel for the LLCs and encouraged a principal in the companies to act as a whistleblower to the SEC. Kern argued that he had no dishonest or selfish motive, did not profit from his misconduct and showed remorse for the harm caused to investors. The Court said that it took these mitigating factors into consideration in imposing sanctions.

Professor John Freeman, who taught ethics to many of us, was qualified as an expert in the case and testified that when a lawyer acts as general counsel for a private securities company, he or she must exercise due diligence to ensure money is invested for the represented purposes.

Despite the fact that the SEC is not considered by the South Carolina Supreme Court to be a jurisdiction for the purposes of reciprocal jurisdiction against attorneys, this attorney was suspended for eighteen months because of his conduct that led to charges before the SEC.

The lesson to us is clear. Be careful in forming and representing LLCs and use proper due diligence in statements made to the investors in those entities. Lacking a dishonest motive is not enough to protect lawyers from discipline.